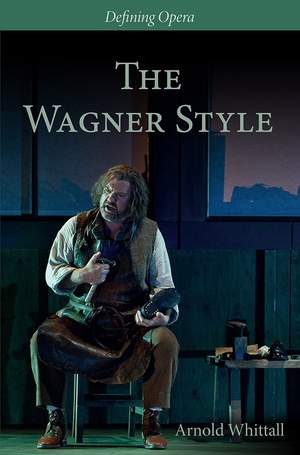 In a time when the idea of a volume celebrating an individual scholar is rarely a publisher's delight, The Wagner Style presents, in its breadth and coherence, a compelling case for such a book,... — Opera More…

The book celebrates Arnold Whittall's 80th birthday with a collection of his key writings on Richard Wagner. The first ten chapters deal with the three Romantic operas, the four parts of The Ring and the three remaining music dramas. Their aim is to illuminate those aspects of Wagner's style that are both personal and important for his successors. Whittall sets close readings of key passages in the context of a critical debate that has itself ragedfor over a century, and his comprehensive range of reference makes this volume essential reading for all those who want to enter the debate. The final chapter deals with Jonathan Harvey's Wagner Dream (2007), a modern operatic treatment of Wagner the man and his unrealised Buddhist project, Die Sieger. Whittall's style is focussed and discriminating, yet also relaxed and accessible, and his text is rich in music examples.ARNOLD WHITTALL is Professor Emeritus at King's College London. His previous books include Exploring Twentieth-Century Music and Serialism.

In a time when the idea of a volume celebrating an individual scholar is rarely a publisher's delight, The Wagner Style presents, in its breadth and coherence, a compelling case for such a book, placing an important area of the author's work under the spotlight. WAGNER JOURNAL[Whittall's] hugely impressive - as well as up-to-date - familiarity with the wider Wagnerian literature. is clearly apparent on every page, while his conclusions . are as rewarding as they are original