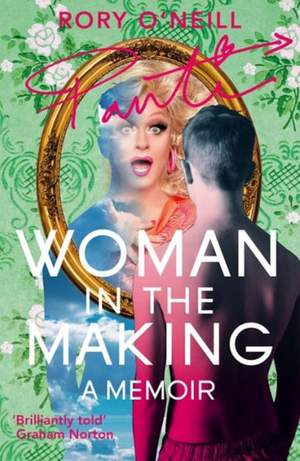 Woman in the Making: Panti's Memoir

'Today, as I walked through Dublin city centre, I saw gay couples casually holding hands as they strolled, and kissing each other goodbye at bus stops in the late spring sunshine, and it seemed to me that all was changed, changed utterly ...'
- From the Prologue, written three days after Ireland became the first country in the world to embrace marriage equality through popular vote

Woman in the Making is the unforgettable story of how a little boy from a small Irish village in the west grew up to become Panti Bliss, Queen of Ireland and voice of a brave new nation embracing equality, all the colours of the rainbow and, most of all, a glamorous attitude.