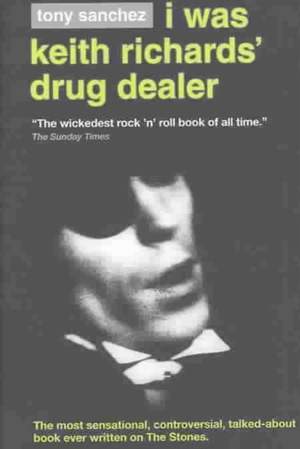 I Was Keith Richards' Drug Dealer

The Rolling Stones. A band who spawned a thousand imitators. They took "rock 'n' roll" and shaped it in their own image and to heights that no other act of this or any other age has ever been able to climb to. There are many myths and truths, but nobody got as close to the Stones during their unprecedented rise as Tony Sanchez. In this volume he reveals the truth about: the band's first tentative experiments with drugs; how Keith Richards attacked one of his suppliers with a sword; how he later had a change of blood to come off heroin; and how they lived one step ahead of the law despite their massive and conspicuous intake of drugs.