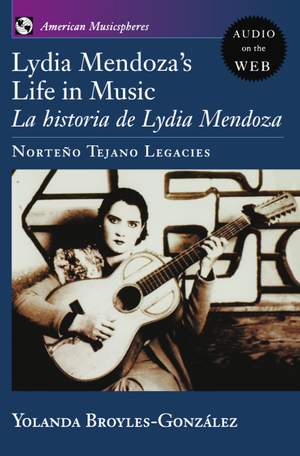 Lydia Mendoza began her legendary musical career as a child in the 1920s, singing for pennies and nickels on the streets of downtown San Antonio. She lived most of her adult life in Houston, Texas, where she was born. The life story of this Chicana icon encompasses a 60-year singing career that began with the dawn of the recording industry in the 1920s and continued well into the 1980s, ceasing only after she suffered a devastating stroke. Her status as a working-class idol continues to this day, making her one of the most prominent and long-standing performers in the history of the recording industry and a champion of Chicana/o music. This bilingual edition presents Lydia Mendoza's historia in an interview between the artist and Yolanda Broyles-Gonzalez: first is the English translation, then the Spanish original, as told by Mendoza herself. Broyles-Gonzalez concludes the volume with an extended essay on the significance of Mendoza's career and her place in Tejana music and Chicana studies.