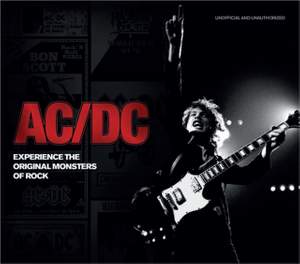 AC/DC: The Story of the Original Monsters of Rock

AC/DC are the undisputed kings of hard rock. They have streets named after them in Australia and Spain, they were inducted into the Rock and Roll Hall of Fame in 2003, and Back in Black is the best-selling album of all time by a band. Their story is a fascinating one that covers the world and spans five decades of the best rock 'n' roll.

AC/DC: The Story of the Original Monsters of Rock tells the story of the world's biggest band. All of its members are analysed and tracked, such as the Young brothers and the late, great Bon Scott. This definitive AC/DC experience pores over every album the band ever released, from 1974's groundbreaking High Voltage, through 2008's monster Black Ice. All of AC/DC's major tours are woven into the tale, along with the band's key defining moments, executed with rich, full-colour photography and rare items of facsimile memorabilia.