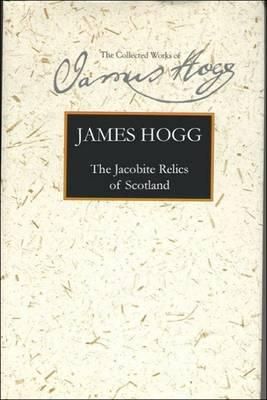 The Jacobite Relics of Scotland: v. 2

James Hogg's Jacobite Relics - originally commissioned by the Highland Society of London in 1817 - is an important addition to The Collected Works of James Hogg. It created a canon for the Jacobite song which had an enormous influence on subsequent collections, and was of great importance in defining the relationship between the Scottish song tradition and its Romantic editors and collectors. From the first publication of the Relics in 1819, there has been speculation about how many of them were authored or at least substantially altered by Hogg. Professor Murray Pittock has conducted extensive research in this area since 1987, and has identified several previously unknown sources from which Hogg would have worked as he developed his collection. The introduction to volume two deals with the genesis of the text and Hogg's relationship with the Highland Society and there is also considerable annotation to accurately communicate the context of the songs and Hogg's relationship to the textuality of Jacobite culture.