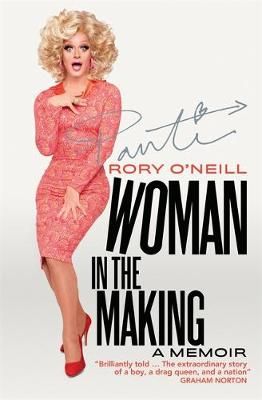 Woman in the Making: Panti's Memoir

Funny, self-deprecating, well-written...O'Neill's a witty writer and his recollections of a life less ordinary are never boring — Hot Press More…

1968. In a small town in the west of Ireland, a beautiful baby boy is born. He enjoys an idyllic country childhood: privileged, carefree, surrounded by love - and pet sheep.
Eleven years later, the Pope visits Ireland, and things will never be the same again. At the Pontiff's mass in Knock, the little boy has an epiphany that will set him on the road to become the biggest, boldest, and most opinionated drag queen Ireland has ever known.
This is the story of Rory O'Neill's journey from the fields to becoming Panti Bliss, the voice of a brave new nation embracing diversity, all the colours of the rainbow and, most of all, a glamorous attitude.
It's also the story of a misfit who turned his difference into a triumphant art form; of coming to terms with HIV; of political activism; and of 'Pantigate', and the speech that touched a million lives.
Welcome to the world of Panti - adored, fun drunk aunt to the world - and her creator Rory, in their own inimitable words. 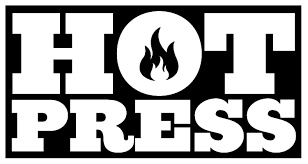 Funny, self-deprecating, well-written...O'Neill's a witty writer and his recollections of a life less ordinary are never boring