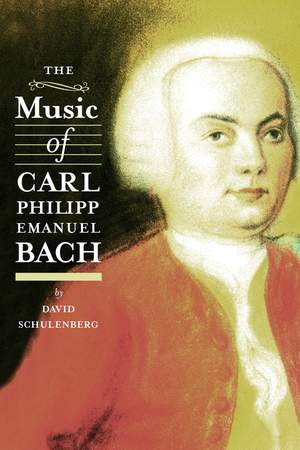 Of Bach's four sons who became composers, Carl Philipp Emanuel Bach (1714-88) was the most prolific, the most original, and the most influential both during and after his lifetime. This is the first comprehensive study of his music, examining not only the famous keyboard sonatas and concertos but also the songs, the chamber music, and the sacred works, many of which resurfaced only recently and have not previously been evaluated. A compositional biography,the book surveys C. P. E. Bach's extensive output of nearly a thousand works while tracing his musical development-from his student days at Leipzig and Frankfurt (Oder), through his nearly three decades as court musician to Prussian King Frederick "the Great," to his final twenty years as cantor and music director at Hamburg. David Schulenberg, author of important books on the music of J. S. Bach and his first son, W. F. Bach, here considers the legacy of the second son from a compelling new perspective. Focusing on C. P. E. Bach's compositional choices within his social and historical context, Schulenberg shows how C. P. E. Bach deliberately avoided his father's style whileborrowing from the manner of his Berlin colleagues, who were themselves inspired by Italian opera. Schulenberg also shows how C. P. E. Bach, now best known for his virtuoso keyboard works, responded to changing cultural and aesthetic trends by refashioning himself as a writer of vocal music and popular chamber compositions. Audio versions of the book's musical examples, as well as further examples and supplementary tables and texts, are available on a companion website.  David Schulenberg is professor of music at Wagner College and teaches historical performance at the Juilliard School. He is the author of The Music of Wilhelm Friedemann Bach (University of Rochester Press, 2010).

Intriguing . . . [and] lucid. An attractive bonus is an extensive online supplement

Well-researched and thoroughly documented. A first-rate addition to the growing literature on C.P.E. Bach. One of the best aspects of this book is the attention paid to Bach's less-known lieder and choral output