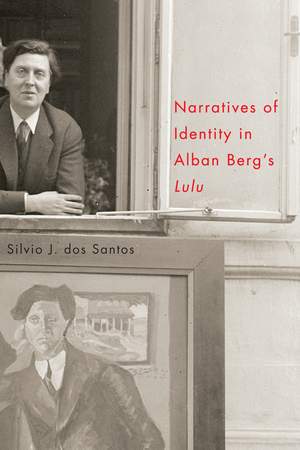 [Santos has] much to say about the dramatic representation of Lulu herself, and the role of a tonality-acknowledging 12-tone technique in that representation. Makes good use of the multiplicity... — Musical Times More…

Exploring the crossroads between autobiographical narrative and musical composition, this book examines Berg's transformation of Frank Wedekind's Erdgeist and Die Büchse der Pandora -- the plays used in the formationof the libretto for Lulu -- according to notions of gender identity, social customs, and the aesthetics of modernity in the Vienna of the 1920s and 1930s. While Berg modernized several aspects of the plays and incorporatedserial techniques of composition from Arnold Schoenberg, he never let go of the idealistic Wagnerian perspectives of his youth. In fact, he went as far as reconfiguring aspects of Richard Wagner's life as an ideal identity to beplayed out in the compositional process. In composing the opera, Berg also reflected on the most important cultural figures in fin-de-siècle Vienna that affected his worldview, including Karl Kraus, Emil Lucka, Otto Weininger, andothers. Combining analysis of Berg's correspondence, numerous sketches for Lulu, and the finished work with interpretive models drawn from cultural studies and philosophy, this book elucidates the ways in which Berg grappled at the end of his life with his self-image as an "incorrigible romantic," and explains aspects of his musical language that have been considered strange or anomalous in Berg scholarship.   Silvio J. dos Santos isassistant professor of musicology at the University of Florida.

[Santos has] much to say about the dramatic representation of Lulu herself, and the role of a tonality-acknowledging 12-tone technique in that representation. Makes good use of the multiplicity of recent work on Berg's manuscripts and other archival materials to outline a response to Wagner, and to modern life, that was more psychological (not excluding a possible element of erotomania) than philosophical or spiritual. -- Arnold Whittall