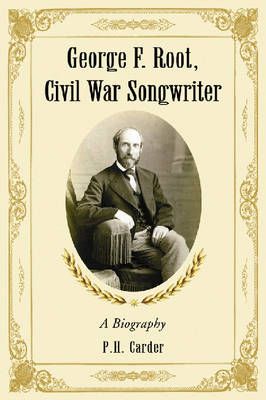 When the Civil War broke out in 1861, 'The Battle Cry of Freedom' became perhaps the most common patriotic song echoing throughout the North. The author of that famous tune was George F. Root, and his many other patriotic songs established him as 'the musician of the people.'Beginning with his earliest days as a child prodigy, this biography follows Root closely through his prewar career as a popular composer, his wartime role as a patriotic songwriter, and his postwar songwriting endeavors. His later songs document such events as the settling of the West, the assassination of President Lincoln, the literature and humor of his day, and the many reform movements that defined the values of that era. His biography reveals how he became the musician of the people and how his critics responded nationally.