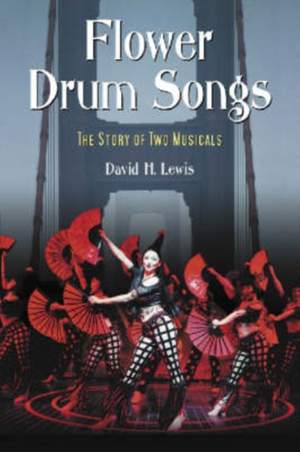 The return to New York in 2002 of Rodgers and Hammerstein's Flower Drum Song - with a totally new book by playwright David Henry Hwang - was considered the most revolutionary chapter in the history of Broadway revivals. Why? The musical, a clear hit when it was originally produced in 1958, had later acquired a debatable reputation for quaint, racially offensive Asian stereotypes. Yet Hwang's controversial rewrite - driven at least in part by concerns about such offenses - was a box-office failure. Drawing upon fresh interviews with members of both the original and the revival casts, whose first-hand accounts enliven the narrative with surprising candor, David H. Lewis charts in detail the checkered production history of Flower Drum Song. He explores the forces that turned against the original show; the arguably inferior movie version (upon which its most outspoken critics would base their discontent and public resistance); rising criticism from within the Asian American community fueled by ethnic-studies programs that swept across college campuses in the 1970s; and, ultimately, the indifference of the Rodgers and Hammerstein Organization, itself caught up in its own quest to update the works of two musical theatre giants and keep their names blazing on theatre marquees. This well-illustrated story of the two Flower Drum Songs is replete with fascinating anecdotes by turns colorful, humorous and sad. The shared memories of the cast offer an eye-opening look at the often chaotic journey of a musical along the precarious path to opening night. The author addresses the value of preserving the rich and revered legacy of Broadway's greatest team. What price a crack at revival fame?