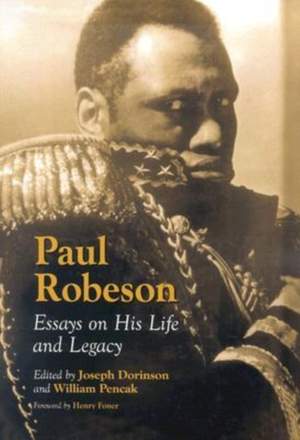 Paul Robeson: Essays on His Life and Legacy

Paul Robeson was born April 9, 1898, in Princeton, New Jersey, the son of an escaped slave. He rose to unparalleled heights as an athlete, actor, singer, and activist, and was arguably the most prominent African American from the 1920s through the 1950s. This work is a compilation of 18 essays written by scholars and activists that were presented at a one-day conference held at Long Island University's Brooklyn campus on February 28, 1998, to honor Robeson's life and legacy The essays discuss his significance as a singer, his political activism, his efforts to achieve solidarity between African Americans and Jews, the important role played by his wife, Eslanda Goode Robeson, in his struggles, his founding of the Freedom newspaper during the Korean War, his contemporary relevance, and the way conservative Americans turned against him, refused to discuss him in the press, and tried to silence his voice.