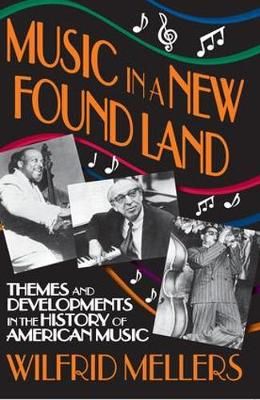 Music in a New Found Land: Themes and Developments in the History of American Music

The subject of this book is accurately defined by its subtitle. Music in a New Found Land does not pretend to be a comprehensive history of American music. Nor does Mellers strive to catalog what he considers to be authentic American music. Instead, he deals, in some detail, with comparatively few composers, most of whom have wellestablished reputations.

It has always been difficult to separate American music from its immediate relevance to the twentieth century. Mellers' theme involves the relationship between "art" music, jazz and pop music; he sees the segregation of these genres as both illogical and artifi cial. If the pop music of Tin Pan Alley may be anti-art, it has also produced Gershwin, Ellington, and composing improvisers such as Louis Armstrong, Charlie Parker, and Miles Davis.