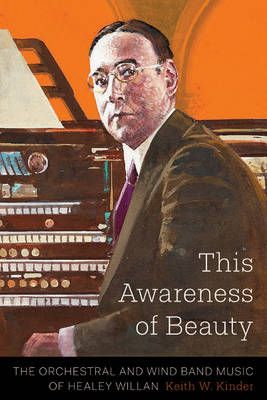 This Awareness of Beauty: The Orchestral and Wind Band Music of Healey Willan

This Awareness of Beauty is the first book to consider the orchestral and wind band music of Canadian composer Healey Willan, who was known primarily for his choral work. A succinct biography accompanies historical, analytical, and critical investigations of Willan's instrumental music, asserting Willan's seminal place in Canadian music and the significance of his orchestral and wind band music both nationally and internationally.Each composition is investigated in chronological order to illustrate the composer's evolution as a creator of instrumental music from his early years in England to his later, and more notable, accomplishments in Canada. Willan's orchestral music may be seen as both a reaction to and a stimulus for the significant improvement in Canadian orchestral performance during the 1930s and 40s, a factor in the creation of his large-scale compositions, including two symphonies and a piano concerto.Although much has been written about Willan, most of it has centred on his choral work, with biography and/or musicology as the frame of reference; this project considers his instrumental music in terms of performance, provides historical context for many of the works included, and corrects errors that have crept into the literature.