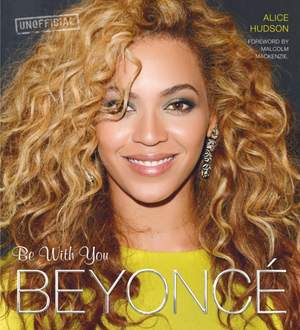 Beyonce: Be With You

Always in the news Beyonce is a clever, sassy performer/writer who's kept her audience on their feet for over a decade and is role model for her millions of fans the world over. Embarking on a global tour in 2013 she's recently starred at the Superbowl, performed for President Obama and reformed Destiny's Child for a series of showpiece theatrics. Although she's married to JayZ she outpunches him in the bestseller stakes, writing and producing many of her own songs, including smash hits "Jumpin Jumpin", "Bootylicious", "Nasty Girl", "Independent Women", "Happy Face" and "Apple Pie a la mode".