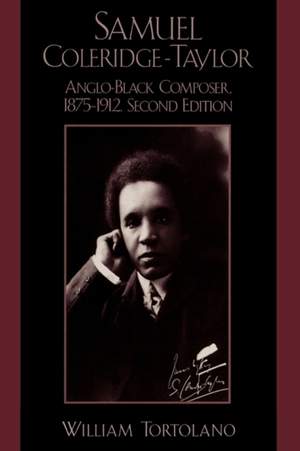 During the late 1890s and early 1900s, Samuel Coleridge-Taylor (1875-1912) was an important and popular British composer. Respected by such contemporaries as Sir Arthur Sullivan, Sir Edward Elgar, Gustav Holst, and Ralph Vaughan Williams, he attracted the attention of the British music critics, who followed his career with curious interest and often placed him in a class with other noted composers. A prolific composer during his short lifetime, he received great public acclaim and became known both nationally and internationally-his setting of Longfellow's Hiawatha was just as popular as Handel's Messiah in Victorian England. Although he composed Hiawatha when he was only twenty-three, Coleridge-Taylor already had reached a published opus of twenty-nine compositions. Born of a West African doctor and a British mother, Coleridge-Taylor belonged to two decidedly different cultures. Therefore, his compositional style was affected by two underlying currents: the classical tradition that dominated his training at the Royal College of Music, and the African and African-American folk music that was introduced to him through contacts with members of his father's race. This revised second edition, equipped with both an updated and expanded discography and bibliography, traces the development of his compositional style from his final years at the Royal College of Music to the time of his death in 1912. Also included is a list of his arrangements and later editions of his music. The author uses examples from selected works to show the influence of classical texts, West African and African-American elements, and English poetical dramas. Of particular interest are eight rare and/or never-before seen articles by and about this ground-breaking composer.