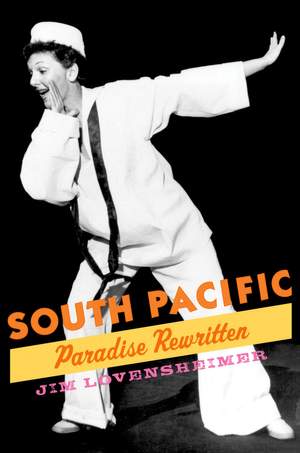 Rodgers and Hammerstein's Tony and Pulitzer Prize-winning musical "South Pacific" has remained a mainstay of the American musical theater since it opened in 1949, and its powerful message about racial intolerance continues to resonate with twenty-first century audiences. Drawing on extensive research in the Rodgers and the Hammerstein papers, including Hammerstein's personal notes on James A. Michener's Tales of the South Pacific, Jim Lovensheimer offers a fascinating reading of "South Pacific" that explores the show's complex messages and demonstrates how the presentation of those messages changed throughout the creative process. Indeed, the author shows how Rodgers and especially Hammerstein continually refined and softened the theme of racial intolerance until it was more acceptable to mainstream Broadway audiences. Likewise, Lovensheimer describes the treatment of gender and colonialism in the musical, tracing how it both reflected and challenged early Cold War Era American norms. The book also offers valuable background to the writing of "South Pacific," exploring the earlier careers of both Rodgers and Hammerstein, showing how they frequently explored serious social issues in their other works, and discussing their involvement in the political movements of their day, such as Hammerstein's founding membership in the Hollywood Anti-Nazi League. Finally, the book features many wonderful appendices, including two that compare the original draft and final form of the classic songs "I'm Gonna Wash That Man Right Out-a My Hair" and "I'm In Love With a Wonderful Guy." Thoroughly researched and compellingly written, this superb book offers a rich, intriguing portrait of a Broadway masterpiece and the era in which it was created.