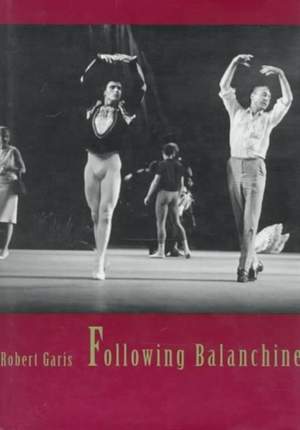 The ballets of George Balanchine are among the great theatrical achievements of the 20th century. In this book, the author, a long-time observer describes his experience with and reactions to Balanchine's choreography. Illustrated with scenes from the ballets, the book is both a contribution to dance criticism and a chronicle of engagement with the work of a great artist. Robert Garis, who has written dance criticism for "Partisan Review", "The New Republic" and other periodicals, traces his involvement with Balanchine's dances from his first encounter with Apollo in 1945 to his close observation of Balanchine's own company, the New York City Ballet, since its founding in 1948. He explores how Balanchine built a repertory, how and why he chose his dancers, and why his ballets attracted audiences that were both elite and general. He discusses Balanchine's work with two diametrically different dancers, Violette Verdy and Suzanne Farrell, who both inspired major ballets. He considers the artistic consequences of Balanchine's infatuation with Farrell and gives his impressions of Farrell's catastrophic departure in 1969 and her return in 1975, which initiated Balanchine's last great creative period. By testing and retesting his own reactions, by comparing different dancers in the same role and the work of the same dancer in different roles, by describing many ballets in precise but nontechnical detail, Garis invites the reader to share his delight in "judging art in order to form and express an identity."