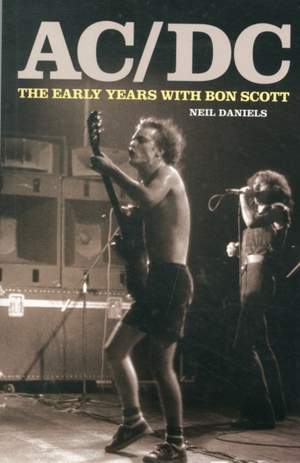 AC/DC formed in 1973 but it wasn't until the latter half o 1974 that Scottish born singer Robert Belford Scott joined the fold and subsequently helped take AC/DC to legendary heights of success with a stream, of stunning albums which undoubtedly made them the most electrifying live rock band of the 1970s. Despite the latter day success of the band , the Bon Scott years of 1974 to 1980 are often regarded by many as the band's most fertile creative period. Those years spawned 1976's Dirty Deeds Done Dirt Cheap, 1977's Let There Be Rock and 1978's Powerage, not forgetting the now legendary live album, If You Want Blood You've Got It from 1978 and of course, 1979's hard rock masterpiece, Highway To Hell. Exploring all the releases featuring the revered original singer, AC/DC - The Early Years & Bon Scott provides a fitting recognition of his legacy as well as a detailed examination of just how remarkably influential in rock history this early work of AC/DC has proved to be.