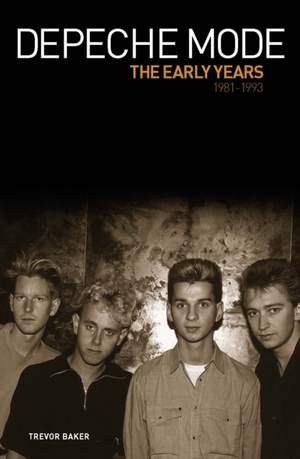 Depeche Mode are one of the UK's most popular global bands, a multi-million selling phenomenon - their last album Sounds of the Universe went top three in 25 countries worldwide. But it's their astonishing series of early albums that made them such a legend among their hardcore army of fans. Mostly ignored by the UK press at the time, LPs such as Some Great Reward, Black Celebration an Music For The Masses have grown in stature with every passing year as a new generation of artists have proclaimed their influence. Now, for the first time, with Depeche Modes: The Eary Years, those early classics, from their 1981 debut Speak and Spell to 1993's Songs of Faith and Devotion are examined in-deph, with interviews for session musicians and studio engineers who saw their creation first hand. In 2013, with a new album about to drop, Depeche Mode seem more relevant and important that they ever did and an new generation of fans are waiting to discover them.