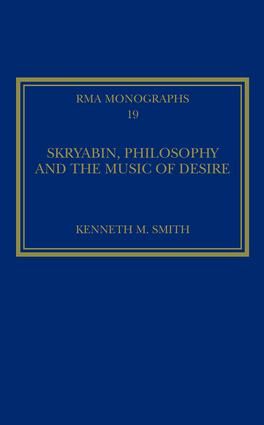 Skryabin, Philosophy and the Music of Desire

Commentary on Skryabin has struggled to situate an understanding of the composer's music within his idiosyncratic philosophical world views. Early commentators' efforts to do so failed to establish a thorough or systematic approach. And later twentieth-century studies turned away from the composer's ideology, focusing instead on 'the music itself' with an analytic approach that scrutinized Skryabin's harmonic language in isolation from his philosophy. This groundbreaking study revisits the questions surrounding the composer's music within his own philosophy, but draws on new methodological tools, casting Skryabin's music in the light not only of his own philosophy of desire, but of more refined semiotic-psychoanalytical theory and modern techniques of music analysis. An interdisciplinary methodology corrects the narrow focus of Skryabin scholarship of the last century, offering insights from New Musicology and recent music theory that lead to hermeneutical, critically informed readings of selected works.