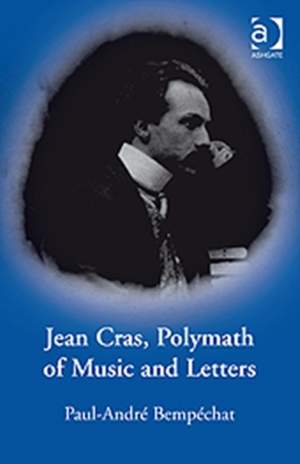 Jean Cras (1879-1932) was a remarkable man by anyone's measure. Twice a decorated hero of the Great War, this Rear-Admiral of the French navy, scientist, inventor and moral philosopher, was also a highly esteemed composer during his lifetime, enjoying the same stature and celebrity as Faure, Debussy and Ravel. Since his death, however, both Cras and his music have been almost completely overlooked. In this, the first critical biography of Cras, Paul-Andre Bempechat situates Henri Duparc's protege as a missing link between the French post-Romantic generation of composers and the Impressionists. The book explores, both historically and analytically, the methodology by which Cras evolved his eclectic brand of Impressionism, striking the delicate balance between Celtic folk idioms and exoticisms inspired by his travels. Cras' creative legacy extends beyond the world of music to the world of science. His five patented inventions include the navigational gyrocompass, which bears his name, still in use to this day by the French navy, coast guard and boating afficionados. Bempechat draws special attention to the humanist Jean Cras and his distinguished military career - he is credited with saving the Serbian army from extinction - drawing on primary source material such as family correspondence and wartime diaries to reaffirm this composer as a true Renaissance man of the twentieth century.