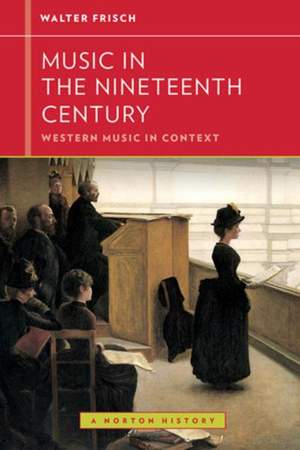 Music in the Nineteenth Century

Music in the Nineteenth Century examines the period from the Congress of Vienna in 1815 to the advent of Modernism in the 1890s. Frisch traces a complex web of relationships involving composers, performers, publishers, notated scores, oral traditions, audiences, institutions, cities, and nations. The book's central themes include middle-class involvement in music, the rich but elusive concept of Romanticism, the cult of virtuosity, and the ever-changing balance between musical and commercial interests. The final chapter considers the sound world of nineteenth-century music as captured by contemporary witnesses and early recordings.