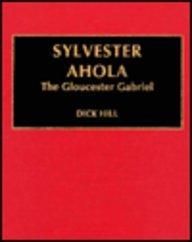 Dick Hill did a fine job in every respect...a wonderful story that deserves your attention. I hope that you will enjoy it as much as I did — IAJRC Journal More…

Sylvester Ahola has played the trumpet on 2,000 records and been part of fifty orchestras and jazz bands. This comprehensive study charts his role as one of the great musicians during a unique period in American musical culture-from the growth of jazz through the Depression to the development of commercial radio. After a classical training, Ahola's prolific recording career among the top bands of the age, in both America and England, was a tribute to the skill and mastery of his chosen instrument. His career as a first-rate studio musician found him equally at ease with classical trumpet solos, light orchestral music, popular dance band tunes, and in groups accompanying such great singers as Paul Robeson and Sophie Tucker. He was also responsible, in no small way, for establishing a style of "hot" jazz-flavored playing among emerging British dance bands. His, however, is a story of anonymity. This bibliography is intended to help restore his name to its proper place in both American and British musical history. The author recalls Ahola's incredible memory of events, anecdotes about musicians, band leaders, and recording studios, and a lifelong passion for amateur radio. With a comprehensive discography of all his known recordings and many photographs.

Dick Hill did a fine job in every respect...a wonderful story that deserves your attention. I hope that you will enjoy it as much as I did

this is a book that is at once an irreplaceable work of reference and a biographical account of a man...who chose to be one of the greatest trumpet players in the history of jazz and dance music...this is an important book about a most important jazz musician who modestly never considered himself as much of a jazzman at all