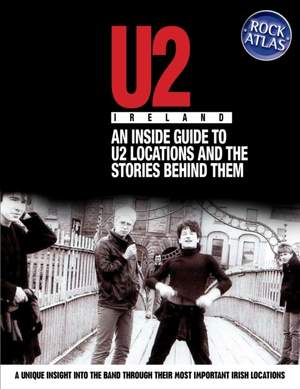 U2 Locations: An Inside Guide to U2 Places and the Stories Behind Them

More than three decades since U2 formed, as teenagers in Dublin, they are still one of the world's biggest and best-loved groups. This book looks at all the various haunts of Bono, The Edge, Adam Clayton and Larry Mullen: the venues they played, the studios they recorded in, the locations of their videos, and where they lived their personal lives. It is a unique portrait of the band, from their childhood to the present day. A must for every U2 fan, this book features fascinating insights into the group, with reminiscences from many of those who grew up knowing them and who were in the audience at many of the early gigs, witnessing their musical development. With more than 100 pictures of U2, iconic related locations and scene setting memorabilia, this book is a great way of finding out about U2's thrilling rise to fame.