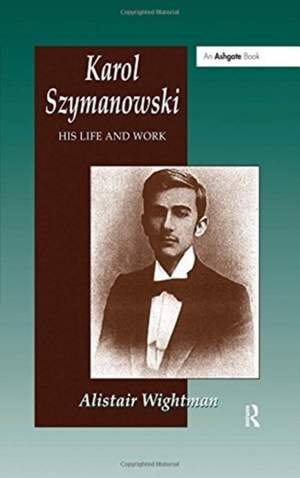 Karol Szymanowski: His Life and Work

The music of the Polish composer Karol Szymanowski (1882-1937) has enjoyed a resurgence of interest in recent years. Despite wide recognition in his own lifetime, Szymanowski's works were somewhat overlooked in the decades following his death. Outside Poland, changing fashions militated against acceptance of his achievement, and subsequent generations of Polish composers regarded his music as too reactionary to provide a basis on which to found a national musical identity. In this full-scale study of Karol Szymanowski's life and music, Alistair Wightman explores the composer's position as a constant outsider in his own country, yet a 'good European' in the ways in which he responded positively to a diverse range of musical talents, in particular as Stravinsky, Strauss, Berg, Hindemith, Prokofiev and Ravel. The book throws light on Szymanowski's relationship to the Polish musical establishment, the reception of his works at home and abroad, his work as an educationalist, and the essentially European dimension of his art, drawing on letters, polemical writings, verse, theatrical sketches and the memoirs of family, friends and contemporaries. All of Szymanowski's significant works are discussed, illustrated with nearly 140 music examples. Evaluation is made of the close links existing between the composer's musical and literary works from the earliest stages of his career, as well as the various ideological strands that went together to form the unique, humanistic synthesis, characteristic of his mature work.