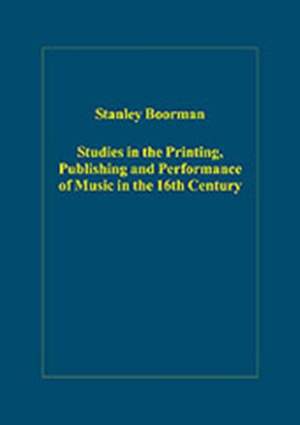 Studies in the Printing, Publishing and Performance of Music in the 16th Century

The emergence of music printing and publishing in the early 16th century radically changed how music was circulated, and how the musical source (printed or manuscript) was perceived, and used in performance. This series of close studies of the structure and content of 16th-century and early 17th-century editions (and some manuscripts) of music draws conclusions in a number of areas - printing techniques for music; the habits of different type-setters and scribes, and their view of performing practice; publishers' approaches to the musical market and its abilities and interests; apparent changes of plan in preparing editions; questions of authorship; evidence in editions and manuscripts for interpreting different levels of notation; ways in which scribes could influence performers' decisions, and others by which composers could exploit unusual sonorities.