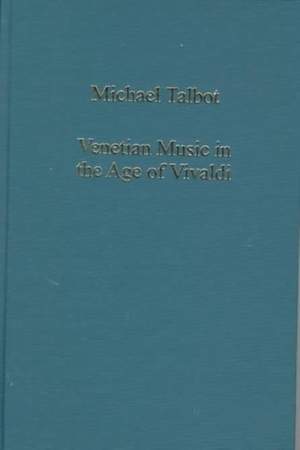 Venetian Music in the Age of Vivaldi

This book contains sixteen essays on Venetian music in its last great period, stretching from the second half of the 17th century to the fall of the Republic in 1797. Two essays deal with musical institutions (academies and conservatories), nine with the life and works of Antonio Vivaldi, and five with contemporaries of Vivaldi active in Venice (Albinoni, Marcello, Vinaccesi). A substantial supplementary chapter updates, and where necessary revises, the facts and arguments of the original essays, which collectively date from the years 1973-1995. All the essays are written in English, but many originally appeared in Italian journals and conference proceedings that are hard for English-speaking readers to obtain. The volume is carefully indexed, enabling the reader easily to make connections between the essays.