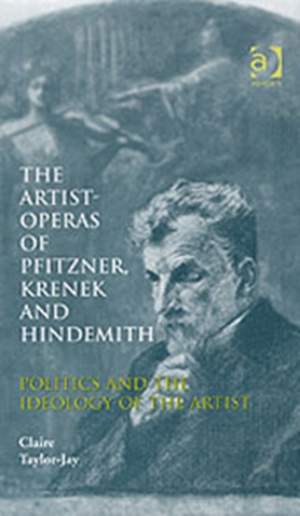 The Artist-Operas of Pfitzner, Krenek and Hindemith: Politics and the Ideology of the Artist

This is the first book-length study of the genre of 'artist-opera', in which the work's central character is an artist who is uncomfortable with his place in the world. It investigates how three such operas (Pfitzner's Palestrina (1915), Krenek's Jonny spielt auf (1926) and Hindemith's Mathis der Maler (1935)) contributed to the debate in early twentieth-century Germany about the place of art and the artist in modern society, and examines how far the artist-character may be taken as functioning as a persona for the real composer of the work. Because of their concern with the place of art within society, the works are also engaged with inherently political questions, and each opera is read in the light of the political context of its time: conservatism circa World War I, Americanism and democracy, and the rise of National Socialism.