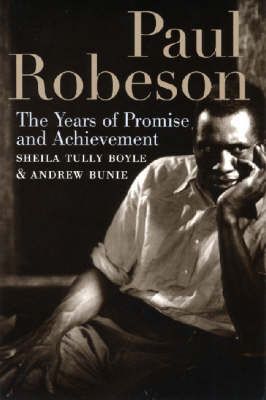 Paul Robeson: The Years of Promise and Achievement

This is a compelling biography of a great American in his formative years. The son of a former slave, Paul Robeson (1898-1976) rose to become an All-American athlete, Phi Beta Kappa student, internationally celebrated singer and actor, and champion of racial equality. Yet, despite his courage and many accomplishments, he could not overcome the combined effects of racism and McCarthyism. He was forced to live his last years in internal exile under FBI surveillance, without the respect he deserved. This massively researched biography takes Robeson from his humble beginnings in rural New Jersey to international fame on the eve of World War II. It presents a fully rounded picture - a portrait that corrects, supplements, and revises previous work on Robeson and his circle.