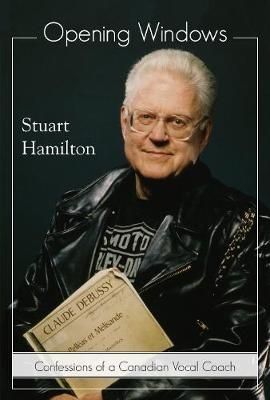 A vocal coach who has been in the vanguard of classical music in Canada for more than six decades.

Stuart Hamilton is a well-known Canadian musician who has been in the forefront of music in Canada for more than 60 years. Here, in this memoir, he recounts his sometimes hectic assault on the Canadian music world. Along the way, Hamilton encountered, as a vocal coach and accompanist, most of the great Canadian singers of the last half of the 20th century, and some international ones as well.

For 27 years Hamilton was an erudite and funny personality on CBC's Saturday Afternoon at the Opera. He has appeared across Canada with such beloved artists as Lois Marshall, Maureen Forrester, Richard Margison, and Isabel Bayrakdarian. In Opening Windows, Hamilton takes the reader into his confidence on numerous matters that have influenced musical life in Canada for decades.