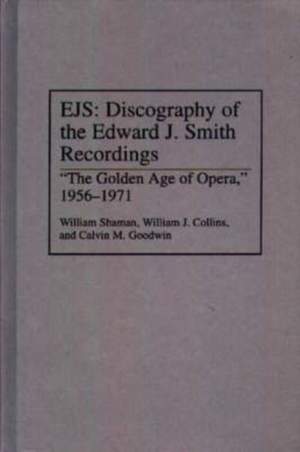 Between 1956 and 1981, Edward J. Smith issued three series of private long-playing recordings devoted almost entirely to historical operatic performance. Smith's first series, The Golden Age of Opera, appeared between 1956 and 1971, and its contents are catalogued here for the first time. Notorious for their lack of accurate documentation, the LPs have remained a source of great frustration to collectors and historians. This volume presents an exhaustive accounting of the thousands of individual recordings contained on the 479 Golden Age of Opera LPs, documented from the most reliable primary and secondary sources, studio and opera house archives, and personal correspondence.