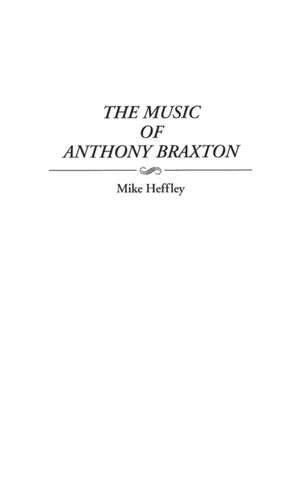 The Music of Anthony Braxton

For three decades, Anthony Braxton has been alternately celebrated, dismissed, and attacked for his musical innovations. His ambitious efforts to reconcile and personalize the historically divergent and often conflicting worldviews and principles of African-American (jazz), American Experimental (post-Ives), and Western European (post-serial) traditions have attracted both loyal supporters and passionate critics. Mike Heffley has followed Braxton's widely varied music from its beginning, and in 1988 began a professional musical relationship with him. His biography of Braxton's music is just that-a look at the music as if it were a living entity, with a traceable ancestry, a describable place in the world, and a history full of drama, intrigue, and passion.

The music scholar will find here all the information necessary to understand the contents, contexts, and concepts of Braxton's music, and to further that understanding. The general reader will find the human and trans-human qualities that make the music so compelling to its makers and lovers.