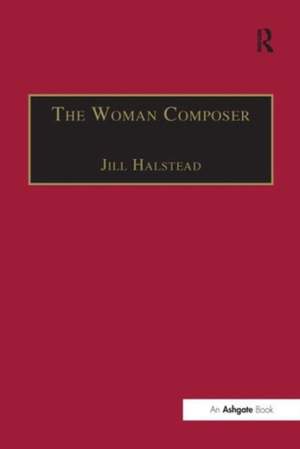 The Woman Composer: Creativity and the Gendered Politics of Musical Composition

Unlike previous anthologizing examinations of women and musical composition, this book concentrates on the reasons why there have been, and continue to be, so few women composers. Jill Halstead focuses on the experiences of nine composers born in the twentieth century (Avril Coleridge Taylor, Grace Williams, Elizabeth Maconchy, Minna Keal, Ruth Gipps, Antoinette Kirkwood, Enid Luff, Judith Bailey and Bryony Jagger) to explore the physiological, social and political factors that have inhibited women from pursuing careers as composers. Is there a biological argument for inferior female creativity? Do social structures, such as marriage, serve to restrict potential women composers? Is the gender of a composer reflected in the music they write? If so, how would this manifest itself? The conclusions that are reached are as complex and challenging as the questions that are raised. This powerful and provocative book aims to open up debate on these issues, which have all too often be avoided by critics and musicologists whose writings have perpetuated arguments that denigrate women's ability to compose. By confronting these arguments, this study will hopefully begin a reassessment of attitudes towards women and music, so that women composers are less of a rarity by the end of the next century.