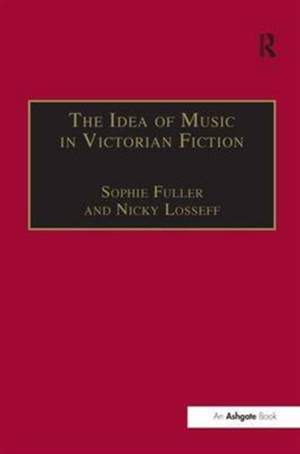 The Idea of Music in Victorian Fiction

The Idea of Music in Victorian Fiction seeks to address fundamental questions about the function, meaning and understanding of music in nineteenth-century culture and society, as mediated through works of fiction. The eleven essays here, written by musicologists and literary scholars, range over a wide selection of works by both canonical writers such as Austen, Benson, Carlyle, Collins, Gaskell, Gissing, Eliot, Hardy, du Maurier and Wilde, and less-well-known figures such as Gertrude Hudson and Elizabeth Sara Sheppard. Each essay explores different strategies for interpreting the idea of music in the Victorian novel. Some focus on the degree to which scenes involving music illuminate what music meant to the writer and contemporary performers and listeners, and signify musical tastes of the time and the reception of particular composers. Other essays in the volume examine aspects of gender, race, sexuality and class that are illuminated by the deployment of music by the novelist. Together with its companion volume, The Figure of Music in Nineteenth-Century British Poetry edited by Phyllis Weliver (Ashgate, 2005), this collection suggests a new network of methodologies for the continuing cultural and social investigation of nineteenth-century music as reflected in that period's literary output.