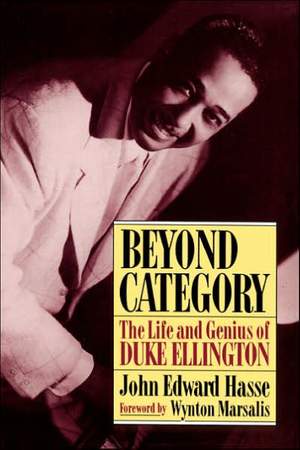 Beyond Category: The Life And Genius Of Duke Ellington

One of the twentieth century's greatest composers, Duke Ellington (1899-1974) led a fascinating life. Beyond Category, the first biography to draw on the vast Duke Ellington archives at the Smithsonian Institution, recounts his remarkable career: his childhood in Washington, D.C., and his musical apprenticeship in Harlem his long engagement at the Cotton Club the challenging years of the depression his tours to Europe and into America's deep South, where he helped lower racial barriers the postwar years when television and bebop threatened to eclipse the big bands Ellington's own triumphant comeback at the 1956 Newport Jazz Festival his collaborations with Billy Strayhorn, Johnny Hodges, and Ella Fitzgerald as well as five decades of hits and masterpieces that constantly broke new ground.The art of Duke Ellington was a musical expression of the African-American experience, in all its pain, pride, and glory. He composed his music as he composed his life,with flair, passion, and individuality,and no book reveals the man and his artistic evolution more brilliantly than Beyond Category.