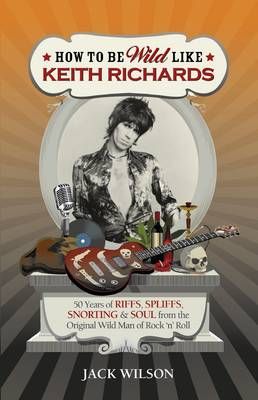 As celebrated for his colourful life and style as his passionate musicianship, Keith Richards is undoubtedly one of history's greatest guitarists and most successful songwriters. A cornerstone of legendary uberband The Rolling Stones and arguably the original 'Wild Man' of Rock 'n' Roll, Keith Richards has long led the charge for the Lindsay Lohans and Courtney Loves of today.Jack Wilson takes a humorous, often tongue-in-cheek look at the man who at 67 years of age, is still regarded as the poster boy for bad behaviour. From Keith Richards' or Keef as he's affectionately known meteoric rise to fame with the Stones to his rollercoaster years of drugs and sex and subsequent mellowing into hip geriatric, no stone is left unturned as Wilson uncovers the timeless King of Cool" and his wild, crazy and sometimes downright weird peers of Rock 'n' Roll.