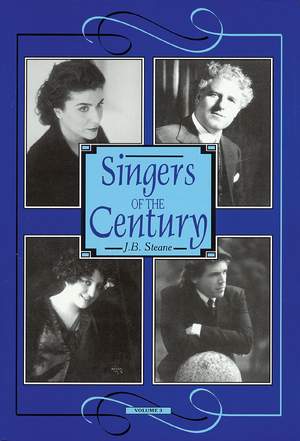 Singers of the Century Volume 3

The subjects of this third volume range from survivors of the so-called Golden Age of the 1890s, such as the formidable Lotte Lehman, to those whom the 20th century has bequeathed to the 21st, such as Cecilia Bartoli and IanBostridge. This is a personal selection that includes many of the great names, including Melchior, heldentenor of the century, and Gigli, the most popular Italian singer of his generation. The entire series (for this is the finalvolume) ends with a chapter on Caruso, still widely regarded as the greatest of all.Steane's critical essays seek out the special qualities of each singer and relate them to wider concerns in music and in life. His eloquentdescriptions of the nuances of the vocal art are wonderful examples of the best kind of music appreciation. HARDCOVER.