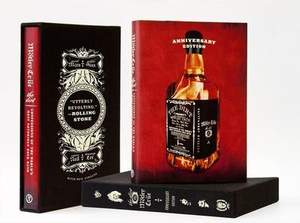 The Dirt: Confessions of the World's Most Notorious Rock Band

"Without a doubt, it is the most detailed account of the awesome pleasures and perils of rock and roll stardom I have ever read. It is completely compelling, and utterly revolting". ("Rolling Stone"). Ten years ago, Motley Crue's bestselling "The Dirt" - penned with collaborator extraordinaire Neil Strauss - set a new bar for rock 'n' roll memoirs. A runaway bestseller and genuine cultural phenomenon, this turbocharged blockbuster is still flying off shelves a decade after its initial publication. The book takes readers along for the whole wild ride of Motley Crue - the voice of a barely pubescent Generation X, the anointed high priests of backward-masking pentagram rock, pioneers of Hollywood glam, and the creators of MTV's first power ballad. Their sex lives claimed celebrities from Heather Locklear to Pamela Anderson to Donna D'Errico. Their scuffles involved everyone from Axl Rose to 2LiveCrew. Their hobbies include collecting automatic weapons, cultivating long arrest records, pushing the envelope of conceivable drug abuse, and dreaming up backstage antics that would make Ozzy Osbourne blanch with modesty. Now, in time for Motley's 30th anniversary - and a new tour! - comes a deluxe collector's hardcover edition of the book, complete with a dazzling new effects - laden cover and all - new extra material from the band inside.