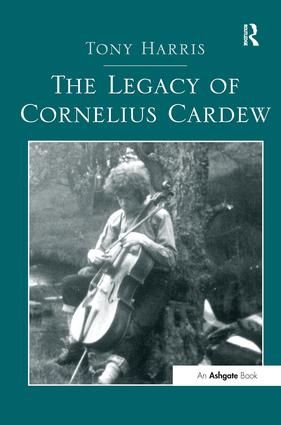 The Legacy of Cornelius Cardew

own insights. ... The Legacy of Cornelius Cardew is well worth adding to library collections — ARSC Journal

Cornelius Cardew is an enigma. Depending on which sources one consults he is either an influential and iconic figure of British musical culture or a marginal curiosity, a footnote to a misguided musical phenomenon. He is both praised for his uncompromising commitment to world-changing politics, and mocked for being blindly caught up in a maelstrom of naA-ve political folly. His works are both widely lauded as landmark achievements of the British avant-garde and ridiculed as an archaic and irrelevant footnote to the established musical culture. Even the events of his death are shrouded in mystery and lack a sense of closure. As long ago as 1967, Morton Feldman cited Cardew as an influential figure, central to the future of modern music-making. The extent to which Cardew has been a central figure and a force for new ideas in music forms the backbone to this book. Harris demonstrates that Cardew was an original thinker, a charismatic leader, an able facilitator, and a committed activist. He argues that Cardew exerted considerable influence on numerous individuals and groups, but also demonstrates how the composer's significance has been variously underestimated, undermined and misrepresented. Cardew's diverse body of work and activity is here given coherence by its sharing in the values and principles that underpinned the composer's world view. The apparently disparate and contradictory episodes of Cardew's career are shown to be fused by a cohesive 'Cardew aesthetic' that permeates the man, his politics and his music.

own insights. ... The Legacy of Cornelius Cardew is well worth adding to library collections