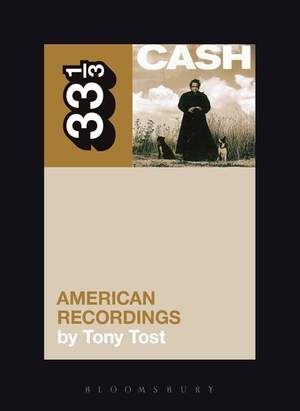 This title offers a superb investigation of what is arguably Johnny Cash's greatest album, focusing on his enduring mythology. When Johnny Cash signed to Rick Rubin's record label in 1993, he was a country music legend who, like his fellow Highwaymen Willie, Waylon and Kris, remained a fondly regarded yet completely marginalized Nashville figure, unheard on the radio and unseen on the charts. Cash's odyssey from oldies act to folk hero pivots on his first American Recordings album, a document of almost unbearable solitude and directness. It is a singular record, an instance in which a musical giant has been granted a kind of midnight reprieve, a chance to regain and renew his legend. Tony Tost illuminates the ways in which American Recordings is the crossroads where cultural, spiritual and mythic archetypes come together in the figure of The Man in Black. Ultimately, this is a guidebook to myth and mystery, a means of apprehending the stark beauty of Cash's greatest record, the sound of a man alone and fighting for his soul, one song at a time. "33 1/3" is a series of short books about a wide variety of albums, by artists ranging from James Brown to the Beastie Boys. Launched in September 2003, the series now contains over 60 titles and is acclaimed and loved by fans, musicians and scholars alike. For more information on the series and on individual titles in the series, check out our blog at our associated website.