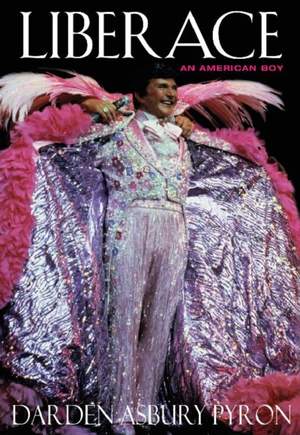 More people watched his nationally syndicated television show between 1953 and 1955 than followed "I Love Lucy". Even a decade after his death, the attendance records he set at Madison Square Garden, the Hollywood Bowl and Radio City Music Hall still stand. Arguably the most popular entertainer of the 20th century, this very public figure nonetheless kept more than a few secrets. Darden Asbury Pyron, author of "Southern Daughter: The Life of Margaret Mitchell", leads us through the life of America's foremost showman with his fresh, provocative and definitive portrait of Liberace, an American boy. Liberace's career follows the trajectory of the classic American dream. Born in the Midwest to Polish-Italian immigrant parents, he was a child prodigy who, by the age of 20, had performed with the Chicago Symphony Orchestra. Abandoning the concert stage for the lucrative and glittery world of nightclubs, celebrities and television, Liberace became America's most popular performer. While wildly successful and good natured outwardly, Liberace, Pyron reveals, was a complicated man whose political, social and religious conservatism existed side-by-side with a lifetime of secretive homosexuality. At the same time, Liberace's swishy persona belied an inner life of ferocious aggression and ambition. Pyron related this complex private man to his public image and places this remarkable life in the rapidly changing cultural landscape of 20th-century America. Pyron presents Liberace's life as a metaphor, for both good and ill, of American culture, with its shopping malls and insatiable hunger for celebrity. In this biography, Pyron complicates and celebrates our image of the man for whom the streets were paved with gold lame.