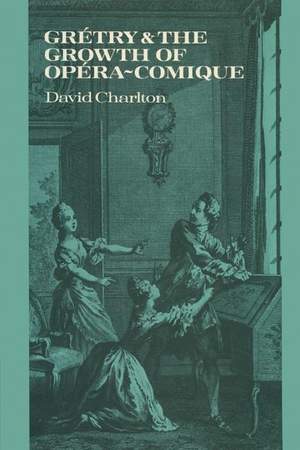 Grétry and the Growth of Opéra-comique

Originally published in 1986, this book is a major study in English on Grétry and opéra-comique. Opéra-comique is the operatic genre that lies behind The Magic Flute and Fidelio. David Charlton's important study examines the genre in the period before the French Revolution, considering the literary sources, performance conditions, contemporary aesthetic criteria and statistics which reveal the popularity of such works at that time. Dr Charlton takes Grétry, composer of some thirty-four opéras-comiques, and a fascinating personality of his day, as the central figure of his study, drawing on Grétry's extensive Mémoires and other writing, not available in English translation, for the biographical sections. Twenty-four of Grétry's opéras-comiques are given a chapter each, with plot summary, critical discussion, summary of different versions and history of performance in Paris. The book can thus be used as a reference tool or read as a comprehensive survey of opéra-comique between 1768 and 1791.