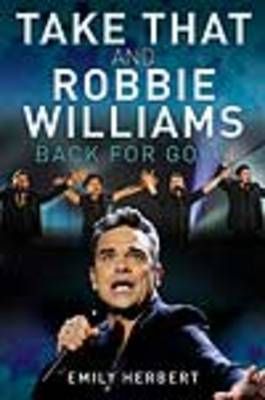 Take That and Robbie Williams - Back for Good

This insightful biography tells the story of how it happened. It includes the secret writing and recording sessions which led to the official announcement of a new album and goes behind the headlines that said Robbie was to rejoin. And it also tells the whole story of the UK's best-loved boy band. Take That are wiser since their mid-1990s split. Robbie Williams' debut solo album, Life Thru a Lens, went to No 1 and he had a massive hit with 'Angels'. But after an equally celebrated follow-up he began to hit the headlines for all the wrong reasons. A Robbie-less Take That outdistanced him. The new album comes 20 years after the band first got together as young hopefuls under Manchester manager Nigel Martin Smith. Singer-songwriter Gary Barlow was 19, 18-year-old Mark Owen had tried out as a footballer, Howard Donald was a 21-year-old painter and Jason Orange was a 19-year-old decorator. With the youngest member Robbie Williams, who joined at 16, they went on to sell more than 25 million records in their original incarnation - becoming one of the biggest acts of the 1990s.