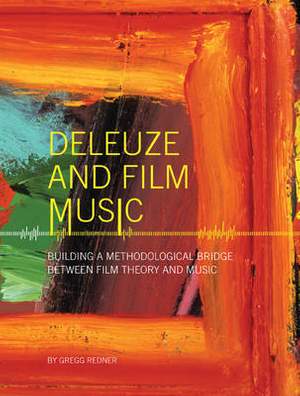 Deleuze and Film Music: Building a Methodological Bridge between Film Theory and Music

The analysis of film music is emerging as one of the fastest-growing areas of interest in film studies. Yet scholarship in this up-and-coming field has been beset by the lack of a common language and methodology between film and music theory. Drawing on the philosophy of Gilles Deleuze, film studies scholar Gregg Redner provides a much-needed analysis of the problem which then forms the basis of his exploration of the function of the film score and its relation to film's other elements. Not just a groundbreaking examination of persistent difficulties in this new area of study, Deleuze and Film Music also offers a solution-a methodological bridge-that will take film music analysis to a new level.