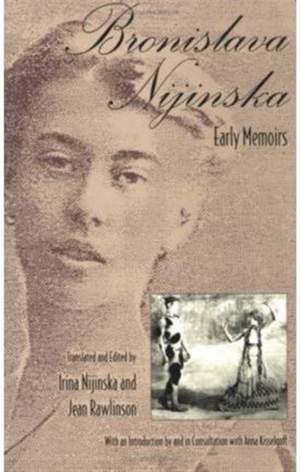 Now in paperback, Bronislava Nijinska: Early Memoirs-originally published in 1981-has been hailed by critics, scholars, and dancers alike as the definitive source of firsthand information on the early life of the great Vaslav Nijinsky (1889-1950). This memoir, recounted here with verve and stunning detail by the late Bronislava Nijinska (1891-1972)-Nijinsky's sister and herself a major twentieth-century dancer and leading choreographer of the Diaghilev era-offers a season-by-season chronicle of their childhood and early artistic development. Written with feeling and charm, these insightful memoirs provide an engrossingly readable narrative that has the panoramic sweep and colorful vitality of a Russian novel.