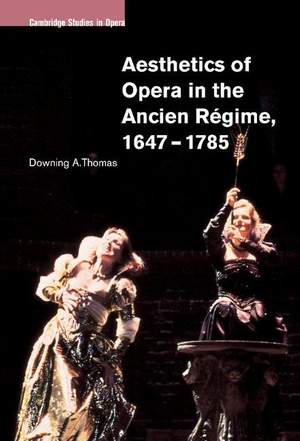 This study recognizes the broad impact of opera in early-modern French culture. Downing A. Thomas considers the use of operatic spectacle and music by Louis XIV as a vehicle for absolutism; the resistance of music to the aesthetic and political agendas of the time; and the long-term development of opera in eighteenth-century humanist culture. He argues that French opera moved away from the politics of the absolute monarchy in which it originated to address Enlightenment concerns with sensibility and feeling. The book combines close readings of significant seventeenth-century and eighteenth-century operatic works, circumstantial writings and theoretical works on theatre and opera, together with a measure of reception history. Thomas examines key works by Lully, Rameau and Charpentier, among others, and extends his reach from the late seventeenth century to the end of the eighteenth.