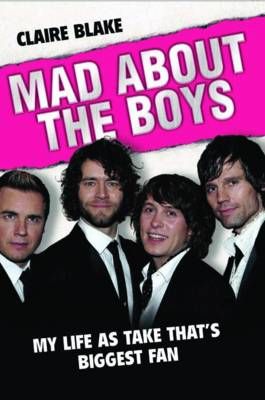 Mad About the Boys

Take That are one of the biggest groups in British pop history. Bursting onto the scene in 1992, they attracted millions of fiercely loyal fans. Their recent return, in the form of a massive, number one album and sell-out tours, confirms that they are still hugely popular amongst their many fans. And no fan is more dedicated than Claire Blake. In September 1994, Claire went to her first Take That concert - it was an event that would change the direction of her life. Blown away by their talent and showmanship, she vowed to get as close to her new idols as possible. Through a combination of ingenuity, good luck and sheer determination, Claire has not only met the band countless times, but has also become their friend. In this quirky memoir, she tells of her incredible experiences over the years, including attending the aftershow parties, recording with Mark Owen at Abbey Road Studios, and helping Robbie Williams through some of his darkest moments.