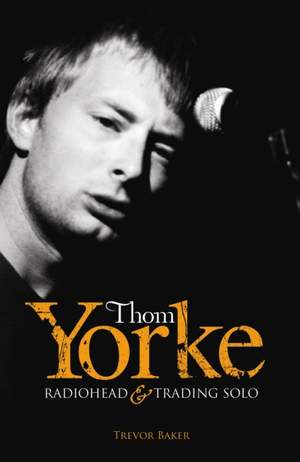 Radiohead is a band with few peers - acclaimed, multi-platinum selling, globe-trotting and a critics' favourite. At the epicentre are the strangely compelling and yet unusual features of their mercurial lead singer, Thom Yorke, one of rock music's most enigmatic personalities. This is the first ever biography of Yorke: a tale of the extraordinary drive, ambition and perfectionism of just one man. Thom Yorke's story has never been told and this biography goes further and deeper than ever before with the help of in-depth interviews from former classmates, producers, video makers and other key players in his life. From the formative childhood experiences as a public school outcast that first shaped his songs to each Radiohead album - from his perspective - as well as his solo work and his expansive charitable and ecological campaigns, "Thom Yorke: Radiohead & Trading Solo" provides a fascinating portrait of a band and a man who would never settle for second best.