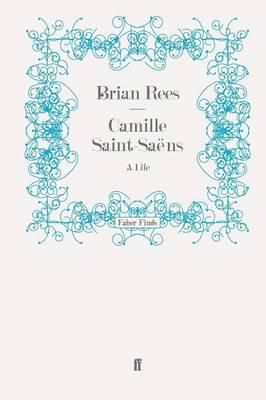 Camille Saint-Saens was a child prodigy who grew to be acclaimed in his lifetime as the incarnation of French genius: a virtuoso pianist, also declared by Liszt to be the world's greatest organist. His best-known work was the witty Carnival of the Animals, but no less remarkable were the opera Samson et Delila and the Organ Symphony, while the Danse Macabre, Piano Concerto no. 2 and Cello Concerto no. 1 remain much loved. Saint-Saens championed up-and-coming French composers, notably Faure, and played a unique part in transforming his country's musical taste. His personal life was dramatic: a boy during the Revolution of 1848, he served as a National Guard in the War of 1870, eventually becoming something of an icon of the Third Republic. 'Lucid and thorough... Adroitly balancing varying opinions about Saint-Saens' life and work, Rees presents an even-handed assessment of his achievements, examining the music in detail and demonstrating that it is imbued with individuality.' Publishers Weekly